Arctic Sailing Then And Now: Vikings And You!

Home > Blog > Arctic Sailing Then And Now: Vikings And You!

Scandinavia is well-known for its Viking history. These ancient people shaped the local area, not just on home soil, but across the ocean in the likes of Scotland, Iceland and even further afield. As you follow in their footsteps aboard a modern Arctic expedition, you’ll hear about how the Vikings weren’t just blood-thirsty barbarians, but also highly skilled aquatic navigators.

Curious? Read on and find out how sailing the Norwegian Ocean has changed from their time to ours. 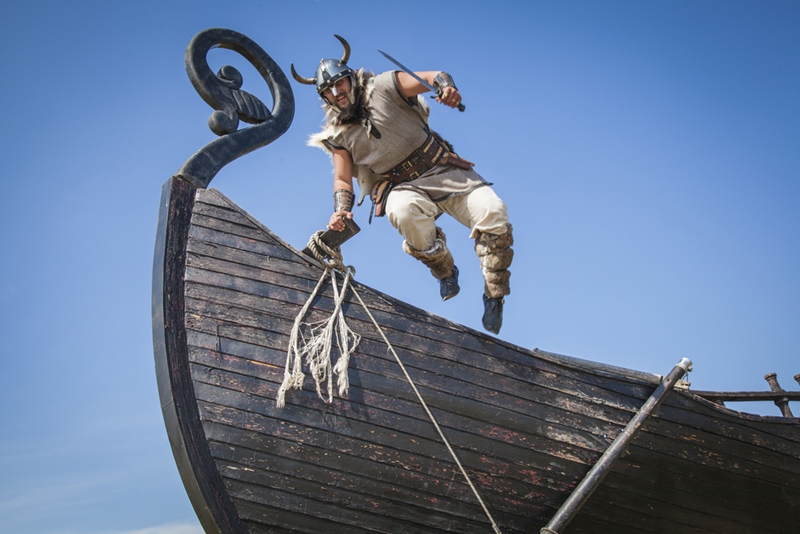 Few Medieval ships are as iconic as the Viking longboat. This slender wooden vessel often featured a fearsome creature or unique design at its prow and stern, with a large square sail above and rows of oars down either flank. These boats were fast, light and highly manoeuvrable — all perfect traits for a fleet of Viking warriors hoping to capture new land in foreign territory.

The secret? Having no lengthy keel below the hull meant a longboat could sail in shallow waters, including rivers if need be. Also, the lightweight design meant a band of Vikings could pick up their boat to beach it, or push it back out to sea quickly in a retreat.

Vikings on an Arctic cruise would keep an eye on the sun to help find their way, and even employed a type of sundial to assist. This helped them leave the shores of Norway and fan out to many other nations. Indeed, Visit Norway states that these warriors founded the city of Dublin over in Ireland, and also colonised Iceland, Greenland and even parts of Newfoundland in North America.

Times are very different now, and Arctic explorers need not fear seeing a square sail appear on the horizon. Though Vikings would have slept next to their oar and bench, you will have the option of many different cabin categories, a number of which offer private bathrooms and cosy beds.

All our Arctic trips include some Viking history, from Wild Scotland’s outer isles up to Norway’s Svalbard archipelago, where reindeer frolic in the polar desert, and whales feed in the freezing ocean. As expert historians tell you of the sometimes-dramatic tales of this region’s long history, you will be able to see preserved relics of the Vikings themselves, so make sure you bring a camera!