What You Need To Know About Scoresby Sund

Home > Blog > What You Need To Know About Scoresby Sund

Not many people on this planet can say they’ve visited Greenland on a cruise adventure, but this fantastic, almost entirely untouched landscape is a wonderful place to tick off your bucket list. If you join our Jewels of the Arctic expedition, you’ll sail from Iceland to the island of Spitsbergen, which takes you along the East Greenland coast and into the famous Scoresby Sund.

This is what you need to know about the area before visiting.

Where and what is Scoresby Sund?

As we mentioned, Scoresby Sund is a part of Greenland, which itself is the largest island in the world. The Greenland coastline spans a whopping 39,330 kilometres, and you’ll find Scoresby on the eastern side not far north of Iceland. 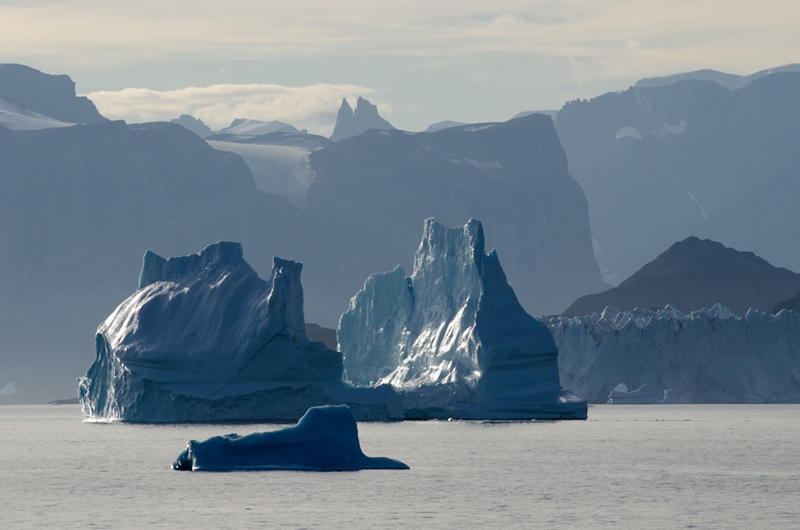 This is the largest fjord system on the globe, consuming around 110 kilometres of Greenland coast, with some of its arms as long as 209 kilometres. The awe-inspiring Greenland Ice Sheet meets the innermost tips of the fjords, supplying them with fresh melt water and colossal icebergs from glacial activity.

This gives even the outer edge of Scoresby an impressive Arctic personality, with rugged mountains carved by ancient ice movement, and huge, sparkling icebergs floating freely or even still calving – sometimes explosively.

Who and what lives in the area?

You’ll find a menagerie of wildlife living in the region if you undertake a polar expedition to Scoresby Sund. One of the region’s most internationally famous species, the polar bear, lives around here, looking after their cubs and hunting for prey such as ringed seals. You may also see the curious narwhal playing in the ocean, fighting fellow narwhals with huge tusks, or simply coming up for air. A variety of seabirds such as puffins and guillemots also frequent the entrance to the sound, so keep your binoculars peeled.

Humans also live here, and you’ll get to visit them on Aurora Expeditions’ Arctic tour of the area. A township of around 450 people sits at the entrance to Scoresby, called Ittoqqortoormiit. According to Greenland’s tourism website, the residents here rely mostly on hunting and tourism for income, and the latter only in summer (ice closes in for around nine months of the year, blocking access). Come say hello to enjoy the hospitality of the local Inuit people, and to hear all about their fascinating history and culture.

A photo posted by Richard Coke (@richcoke75) on