It’s not every day that you visit a sub-antarctic island like South Georgia. On a voyage with Aurora Expeditions, you’ll be able to get up close and personal with some of the most intriguing and memorable sites in the region, bursting with natural beauty and history.

To help you get an idea of what to expect, we’re giving you the inside scoop of the top things to photograph in South Georgia.

The abandoned whaling station of Grytviken was at one point inhabited by some 500 people. Today its buildings are all that is left, standing sentinel over King Edward Cove. Whether you take your photo during the approach from the water, or from a vantage point on land, you simply have to get a shot of Grytviken. The capital of South Georgia and the South Sandwich Islands, King Edward Point is the location of the research station operated by the British Antarctic Survey (BAS), whose work supports conservation efforts in the region.

In addition to its naturally scenic surrounds, King Edward Point is also no stranger to a wide range of penguin species, making it perfect for snapping that perfect shot. One of the last remaining buildings in Grytviken, the Norwegian Lutheran Church was made in Norway and shipped to Antarctica, where it was erected in South Georgia in 1913. Without another building in sight, the tiny church of the long-gone waling community makes for an interesting photograph. Once the home of the whaling station manager, the South Georgia Museum works to preserve some of the history of the island, both in terms of natural events, the whaling operations and the Falkland’s conflict.

Try get a snap with the giant anchor planted outside the museum to commemorate your visit.

Another ex-whaling station site, Stromness is another eerie shell of its former self. The shore is strewn with abandoned buildings and anchor chains, massive propellers marooned on the stony ground. It was established as a whaling outpost in 1907, and played a critical role in the rescue of Ernest Shackleton’s expedition team in 1916. Like Grytviken, Stromness’ starkly striking aesthetic can make for some great photos. Elephant seals aplenty love to frolick in the waters of Gold Harbour, as do king penguins – if you come ashore, always maintain a safe distance and respect the animals’ space. You can learn more about the different penguin species you might spot in Antarctica by checking out our handy infographic. Fortuna Bay is a bustling haven for king penguins, who are also joined by elephant and fur seals. It’s almost impossible to get a bad shot of these endearing creatures! 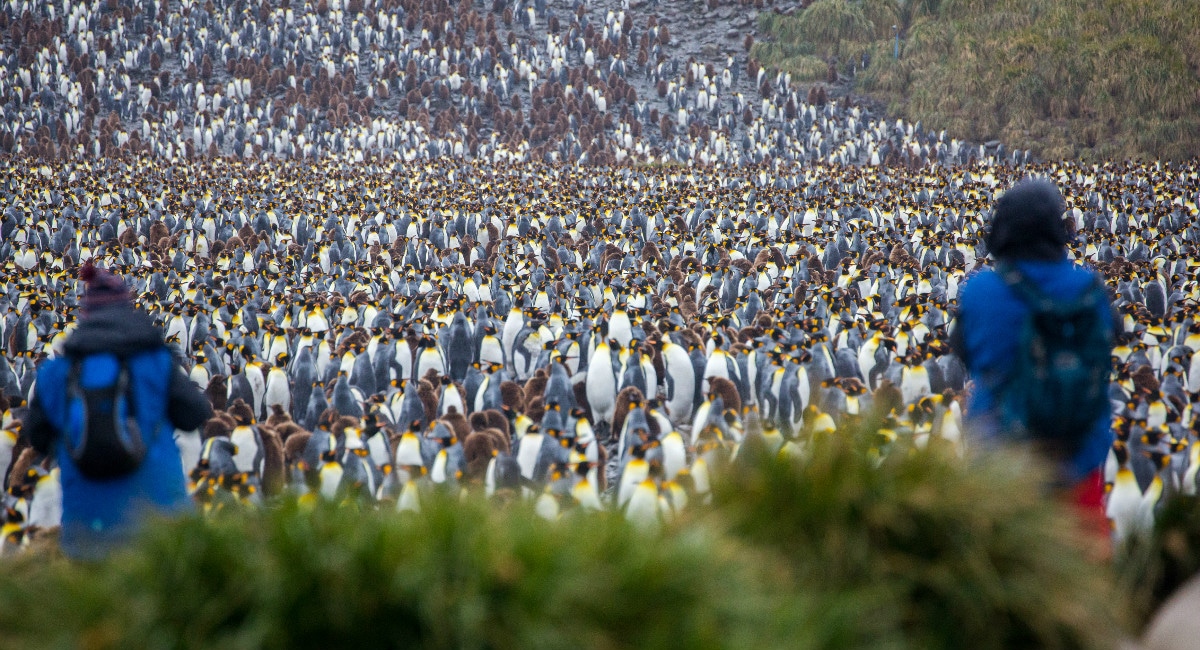 Ready to get your own snaps of South Georgia?

Head out on the adventure of a lifetime to Antarctica with Aurora Expeditions to explore some of the world’s most incredible scenery. To find out more, get in touch with our expert team. Don’t forget to check out our top Antarctic photos of the season for some extra inspiration!