Entirely flightless and seen mostly in the lower reaches of the Southern Hemisphere, penguins are some of the most easily distinguishable birds on the Antarctic continent. As young children, almost all of us are introduced at some point to their sleek image, and on your next Antarctic exploration cruise, you could see them in their own habitat.

But which penguin species are you likely to spot with Aurora Expeditions, and at what times of year?

As the days grow longer, breeding season begins for the brush-tailed Pygoscelis genus of penguins, including gentoos, Adélies and chinstraps. The birds return to the nesting colony where they were born to find their partner from the previous year — these penguins are monogamous — and when they do, mating begins.

By late November and early December, with summer in full swing, the females of each pair lay around two eggs. Though these birds spend much of their time around ice during the colder winter months, the three Pygoscelis species prefer ice-free areas for their colonies, where stones, grass and moss is readily available for nest building.

Keep your eyes peeled during your Antarctic adventure, because you might be able to see the males and females swapping roles as incubator. Both birds take turns performing this role, so neither is hungry for more than a week or so. This period lasts for around 35 days, after which the fluffy chicks will hatch and begin their fast growth to independence. 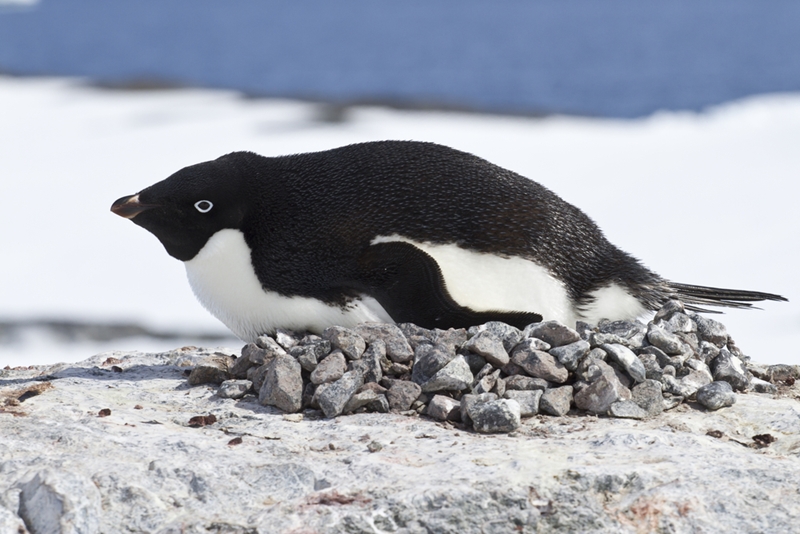 See if you can spot Adélie penguins incubating their stone nests.

Early the next year (January-March)

Adult penguins continue to take turns feeding and supervising their young while the other partner goes off in search of food — generally krill. Over the next 50-60 days from hatching, chicks will steadily gain both mass and plumage, ready to tackle the ocean and hunt for themselves. This makes early February/March a great time to visit Antarctica with us, as you will get a chance to see young penguins experiencing the water and learning what predators to avoid, such as leopard seals.

As the Austral autumn begins to sink in and pack ice expands, penguins — including the young — spend up to two months fattening up. This is because they moult all of their feathers and grow new ones after breeding, and they can’t swim without the latter being complete (which means they have to fast for around 20 days). When winter sets, all three species tend to migrate north, only returning to their colony when spring rolls around once more, and breeding can begin anew. 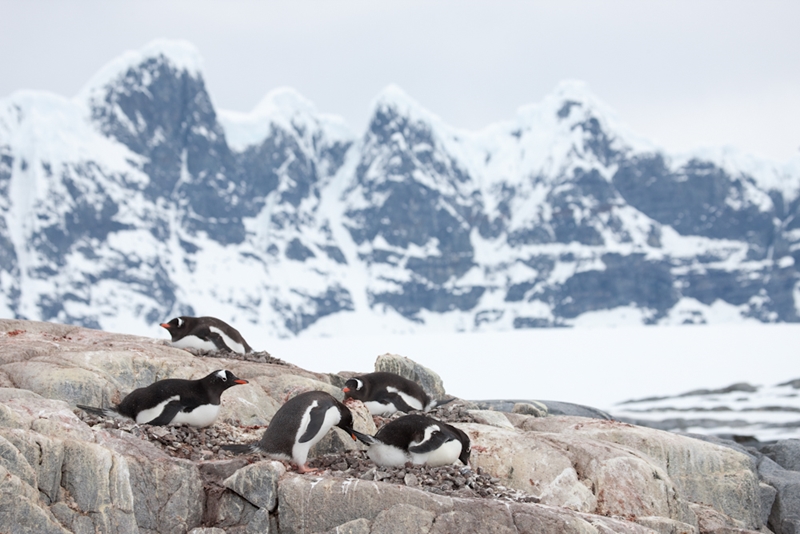 You’ll see a variety of Antarctica’s wildlife on your voyage.