Do you have a passion for history, wildlife and remote locations, but have already experienced the wonder of Antarctica? If this sounds like you, the Sub-Antarctic Safari – Falkland Islands & South Georgia voyage could be perfect for your next adventure!

Instead of sailing the Drake Passage between South America and the Antarctic Peninsula, the Polar Pioneer spends two weeks exploring the sub-Antarctic islands in more detail. Each island has its own character, history and feel – allowing you to make a connection with the residents (and wildlife) that you encounter.

Here is an overview of the various islands included on the voyage.

After a flight from Santiago, the first destination on the safari is the Falkland Islands. As we explained in a recent article, the archipelago is most well-known for the 1982 war between the United Kingdom and Argentina. However, there is far more to experience on the close to 800 islands.

One of the reasons for the ongoing sovereignty claims by these two nations is the lack of an indigenous population. The islands were unoccupied until the mid-18th century when French diplomat and explorer, Louis Antoine de Bougainville established a settlement on East Falkland. A year later, Commodore John Byron arrived on West Falkland and claimed the island group for the British Crown.

Read more: What to see and do in the Falkland Islands

The Spanish government protested the French settlement and as a result, Spain took jurisdiction of Port Louis and subsequently also forced the British out. This started a long chain of events between the three nations that ended up with British control and Argentina (through virtue of its Spanish heritage) claiming sovereignty.

To this day, the Falkland Islands (or at least the capital, Stanley) have the look and feel of a small British town. From the pubs and restaurants to the southernmost Anglican cathedral, it’s a home away from home for many Western tourists. Of course, you don’t come to the Falkland Islands for a pint of lager – no, the wildlife is the real star attraction!

On the second day of the safari, we plan to visit Steeple Jason Island in the West Falklands which is home to the world’s largest colony of black-browed albatross. Due to the often rough sea conditions, it can be difficult to land on the island, but there are other islands including Saunders and Carcass which also offer fantastic wildlife and birdlife watching opportunities. Saunders Island, in particular, is an important bird area and sees gentoo, southern rockhopper, king and macaroni penguins nesting during the summer. Other bird species including ruddy-headed geese, Falkland steamer ducks and white-bridled finches can be seen soaring across the sky.

With its unique mixture of British culture, war memorials and wildlife, the Falkland Islands offer something for everyone – and this is just the first stop on the safari!

Crossing the Scotia Sea in a southeast direction, you’ll soon see the islands of South Georgia and the South Sandwich Islands appear on the horizon. This collection of islands is also a British overseas territory, but in contrast to the Falkland Islands, has no permanent population.
It’s interesting to note that South Georgia’s sovereignty history is a little more clear-cut than its counterpart. In 1775, Captain James Cook first laid claim to the islands and South Georgia was then used extensively by the British for whaling and scientific expeditions during the 1800s. By the 20th century, however, Argentina had made a territorial claim and South Georgia became involved in Falklands War in 1982. At the Battle of Grytviken (now the administrative capital), Argentinean troops landed on South Georgia and overpowered the British Marines stationed there – holding control for two months. It wasn’t until 2001 that the British removed stationed troops on the main island.

From an exploration point of view, South Georgia has also played an important role in history. In 1915, Sir Ernest Shackleton and his crew were forced to abandon the Endurance after it was trapped in ice. After first landing on Elephant Island, six men decided to search for help from further afield – landing on South Georgia over two weeks later and finding a whaling station. On a future Antarctic adventure, Shackleton died of a heart attack and was buried at Grytviken. 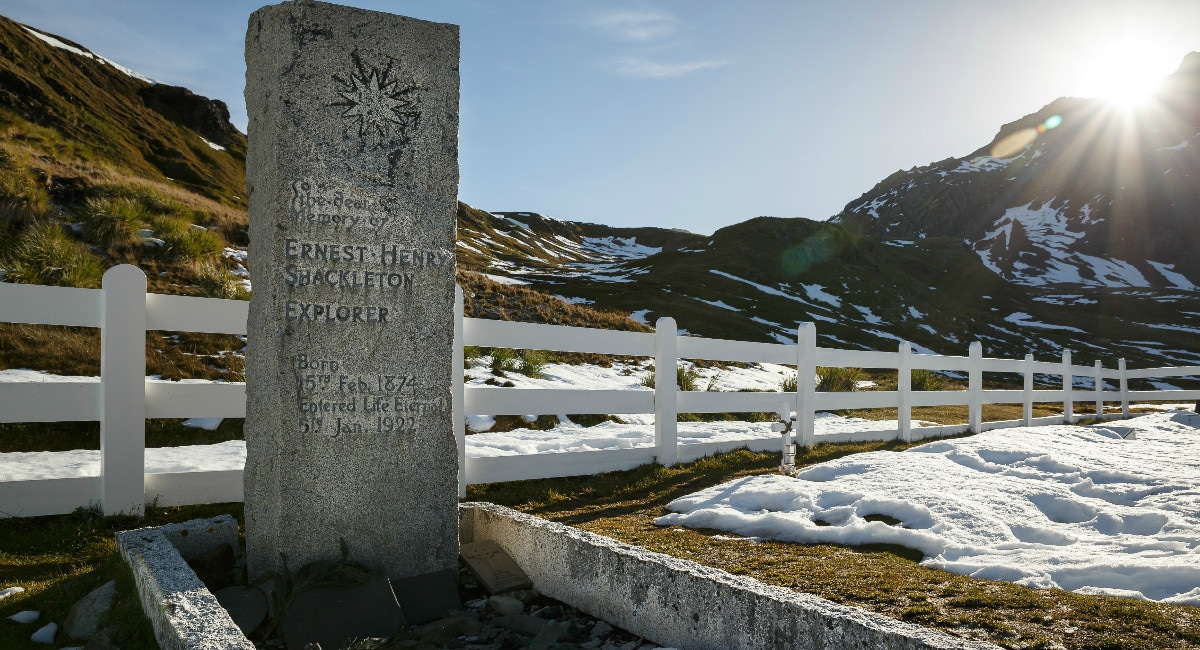 If you’re keen for some wildlife and birdlife action, there is no doubt that South Georgia is the place to be. In late summer, the pristine, kelp-strewn beaches are packed with playful fur seals and basking elephant seals, relaxing in the sun. Not too far away, there will be king penguin rookeries of more than half a million, with chicks almost ready to take to the water. This is without mentioning the majestic wandering albatrosses high on the cliffs!

South Georgia is a true symphony of nature and history and explorer legacy which is why we spend around a week discovering all this in more detail.

As the voyage heads back, you can use your skills from the free photography workshop one last time, capturing the soaring sea birds scattered around the Polar Pioneer.

The Sub-Antarctic Safari voyage departed on March 24, 2018, however our new Falklands, South Georgia & Antarctic Peninsula voyage explores the Subantarctic Islands – Falkland Islands~Malvinas and South Georgia over three weeks. Voyage departs on the 29th of November, 2020. For more information, get in touch with our team today – we look forward to welcoming you onboard!