Discovering The Arctic Through The Eyes Of A 14-Year-Old

Voyaging to a frozen wilderness holds a magical allure for many a wide-eyed traveller, but when you’re experiencing it through the eyes of a child, the journey transforms into something different altogether. Young Jack was just 14 years of age when he set sail on the Aurora Expeditions’ Across the Arctic Circle voyage. Here is his story.

The busy Aberdeen Port seemed magical, echoing with stories of the Golden Age of polar exploration. Starting today, we would visit the remote isles of Scotland, the coves and coastlines of Norway and then on towards Spitsbergen, a winter wonderland filled with huge glaciers and fantastical creatures.

Gary, our expedition leader (who looked far too happy on such a cold day) led me onto our boat, the Polar Pioneer. As I stepped onto the gangway, I still couldn’t believe it. I was going to the Arctic.

This was how I had always imagined the Arctic to be. And it was amazing.

We landed for the day at Kirkwall, the capital of the Orkney Islands. There we found the ancient archaeological site of Skara Brae, the best preserved Neolithic village in the UK, set above a pebbly beach. Wandering amongst the huts, stone beds and hearths, we were able to understand and appreciate the lives of its inhabitants.

Returning to shore on the Zodiacs the next day, we held our breaths and managed to get up close to where puffins were nesting only metres away. Disembarking in the water at Jarlshof for our first wet landing, we were delighted to see we weren’t alone – a couple of seals bobbed up and down almost right beside the boat!

Our last day in Scotland was spent at the Hermaness Nature Reserve, admiring many skuas and other animals. 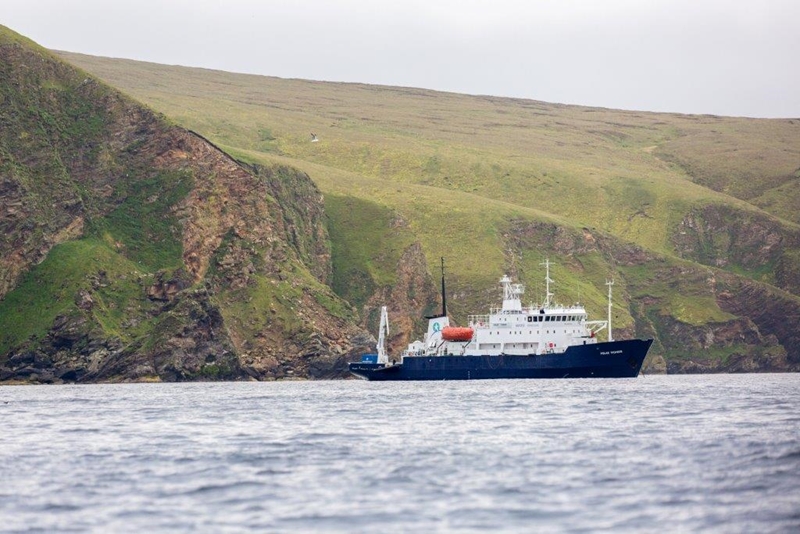 En route to Norway, Heidi, our resident naturalist, spoke on the water mammals of the north. She captivated her audience so much, we stayed back asking questions over an hour after the talk had finished. Next, our historian Carol enthralled us with stories of Norse mythology at her packed lecture.

We were soon greeted by the sight of Norway, docking at the tiny seaside village of Sor Gjaeslingan, with its quaint red houses. Later, we docked at Torghatten for a hike up to the ‘hole in the rock’, said to have been created by a giant’s fiery arrow. Huge, jagged rocks far above us had created an opening in the mountain, from where we could look down to the ocean and our boats some 500 metres below.

A taste of the Arctic

Entering the Reine Fjord in the Zodiacs, it felt like we had passed a threshold into another world. But nature had one more amazing surprise for us that day: one of the sailors rushed onto the boat shouting, “whale, whale, whale!” and we piled back into the Zodiacs. After a nail-biting, heart-pounding few minutes, the whale breached 3 metres away from the boats

We awoke the next day to a huge Norwegian forest, beautiful, silent and very different to our previous experiences of Norway. Our final adventure on the mainland was at Fugleberg, where Heidi told us all about the kittiwakes, and how they are able to live on such precarious sea-cliffs. 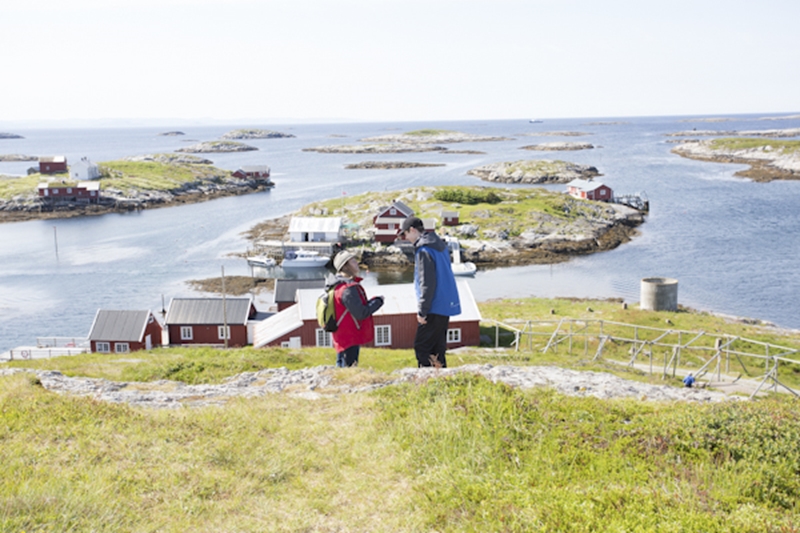 Barents Sea to the Arctic

On the Barents Sea, we were treated to a lecture by Jay Ruzelsky, whose great-grandfather was related to none other than Roald Amundsen himself!

The next day, Bear Island loomed out of the mist, a rocky outcrop in the middle of a sea of fog. The icy cold was a true reminder we had reached the Arctic. For me, this felt real. There wasn’t anyone else to be seen, and it felt truly alone, wild, and adventurous.

This was how I had always imagined the Arctic to be. And it was amazing.

For our last sea leg, we braved the swell to admire the colossal sea cliffs. Weaving this way and that, we skirted into caves where a lucky few spotted the elusive Arctic fox. Finally arriving on the shores of Spitsbergen, we were delighted to find a herd of Svalbard reindeer just as interested in us as we were in them!

Once back on the Polar Pioneer, over half of all the people on board flung themselves into the icy cold water for the Polar Plunge – some exclusive bragging rights indeed. 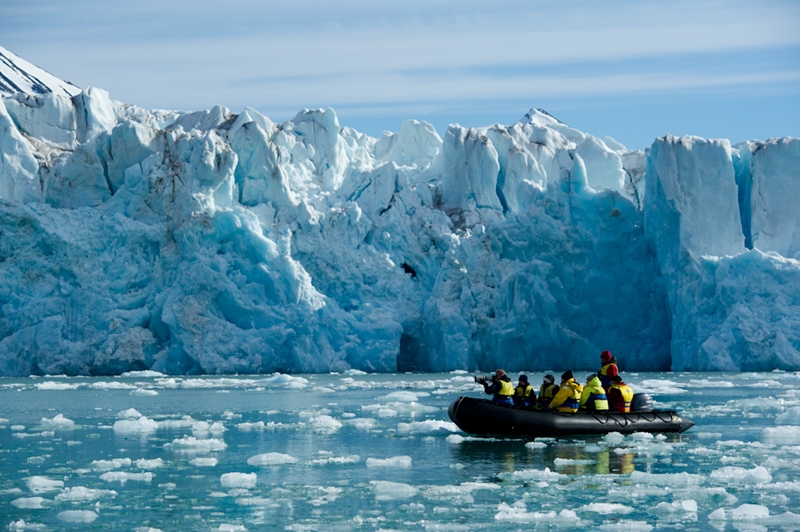 Our first sight of a new winter wonderland was full of snow and icebergs. We zoomed down the fjord to Fuglefjorden and soon enough, encountered the mighty glacier, not to mention some bearded seals.

Disembarking at Hamiltonbukta, we explored the beautiful carvings and the intricate designs of the icebergs up close before climbing to the 80th Parallel North line, only 10 degrees from the North Pole. Finally, we ventured further into the huge fjord of Bjornfjorden, to the beach of Smeerenburg, where a group of walrus were lazing on the shoreline.

In a rather bittersweet way, we boarded the Polar Pioneer one last time en route to Longyearbyen as the sun set over the mountains, the sea as still as glass.

This voyage showed me the wilderness, the spirit of adventure and beauty in an amazing way. This has been one of the best experiences on the planet.